The Virtual Workspace Part 1 – The Setup

So “workspace” isn’t all about physical space.

Now I’ve used and messed up ROS (Robot Operating System) virtual machines since Diamondback and have pretty much stayed and worked with Fuerte the longest (which was mostly also due to the release of Ubuntu 12.04 under LTS) and have a list in my head of the automatic references for doing this: First will always be the ROS Tutorials page and the second is NooTriX which has most of the information in the ROS tutorials just more people-friendly.

The turtlebot, whom I will finally name: Ghost, will be using an old MSI U210 machine on the official ROS-Fuerte-Turtlebot install while the main workstation will be a virtual Ubuntu 12.04 on ROS Hydro. No real problems running in VMWare Fusion 5 on a 2012 Macbook Pro (3rd Gen i5, Intel4000 Graphics, 16GB RAM). Although I have yet to test the Kinect or Xtion on ROS Hydro.

The standard checklist goes as follows:

It would be good to note several things for the non-linux native:

In addition to ROS, I attempted to install the Gazebo simulator and CloudSim to complete the setup. To test this, I executed the ROS Turtlebot Simulted in Gazebo, the keyboard teleop and the rviz visualization tool. Unfortunately, there were problems with both. When testing out Gazebo and Rviz, both programs with panels that should be rendering 3D models were stuck with a black screen. Running:

from this ticked allowed Gazebo to render the 3D world and its contents, however, Rviz remained black. Upgrading a cloned copy of the VM to (a trial version of) VMware Fusion 6.0.2 seem to have fixed all rendering panels EXCEPT the the image panel of Rviz, despite showing the number of received frames. Keyboard teleop worked in all scenarios so control is running fine. This will need further tests. 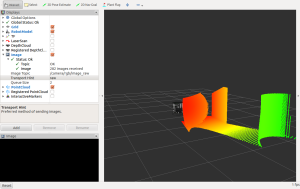 For the CloudSim installation, basically, version 1.7.0 isn’t working and 1.6.0 often gets a time-out while deploying a machine on the cloud. Perhaps my location and the location of the cloud servers are the issue here. Oh well.

Still more experiments on my way. 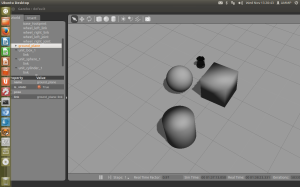 The author would like to grow up one day. But in the meantime, will continue her attempts to get an MS degree in Computer Science and occasionally blog about it.